The nagging doubt is now gone for trainer Tony Herlihy. His superstar trotter Bolt For Brilliance has the Inter Dominion trotting series in Victoria at his mercy after a painless first-round heat win at Ballarat on Saturday night.Bolt...

Fresh off winning the first feature race on the card at Te Rapa yesterday aboard Waitak in the Listed Eagle Memorial (1500m), South African jockey Craig Zackey added the main event of the day when he guided Prise De Fer to a narrow...

Wairarapa's Red Clay Tennis currently stands one love against all other tennis courts.Using red clay imported all the way from Italy, construction is underway to create two European club-style courts in the heart of Martinborough.While...

Racing: Tony Herlihy - We expect to lose along Inters way

Champion trainer-driver Tony Herlihy is not expecting Bolt For Brilliance to go through the Inter Dominions undefeated.The Rowe Cup winner is the only New Zealand-trained horse in the pacing or trotting series, and a warm favourite...

Don't be surprised if Coventina Bay returns with a win at Te Rapa tomorrow.The outstanding mare is the $4.80 favourite for the open 1300m, but in her first start since a battling Queensland campaign in June, she won't be at her...

Trainer Andrew Forsman is counting on the weather playing its part to help end his golden spring on a high.While summer is still a few days away and Forsman has black-type runners at Te Rapa on Saturday, he seems to have found the...

Inter Dominion glory is a possibility for New Zealand again after trotting series favourite Bolt For Brilliance booked his ticket to Victoria with a private workout on Saturday.The transtasman series, one each for pacers and trotters,...

Danny Lee is poised for his biggest payday of the PGA Tour season after superb form at the Travelers Championship.

Team New Zealand are relishing the pressure of match point as they look to close out the America's Cup in Bermuda.

Former British and Irish Lions centre Rob Henderson has bagged touring fans for being "like Victorian children - seen and not heard" at Eden Park.

Peter Burling wouldn't be drawn on what appeared to be a cheeky hand gesture to Jimmy Spithill as he outgunned the America's Cup veteran in the starting box, but his wry smile said it all.

America’s Cup: Your messages of support for Team NZ

Team NZ are just one race away from glory after back-to-back wins.

This article was first published on Newsroom.co.nz and is republished with permission.

America's Cup: Jimmy Spithill could hand over the wheel of Oracle Team USA

Jimmy Spithill has not ruled out stepping away from the helm if it gives Oracle Team USA a stronger chance of defending the America's Cup.

America's Cup: Team NZ one race away from glory after back-to-back wins

Team New Zealand have stopped Team USA's fightback dead in its tracks, responding with back-to-back victories on Sunday (Monday NZ time) to sit just one win away from lifting the America's Cup. 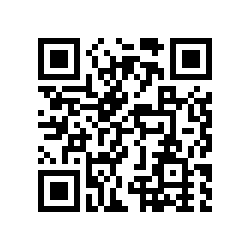