The Delta outbreak in Waikato has seeded in marginalised communities, prompting concerns that it could mirror the outbreak in Auckland and spread all over the North Island.Covid-19 Response Minister Chris Hipkins warns that it's...

Kiwi sailing great and America's Cup hero Sir Russell Coutts has launched a stinging attack on the Government, accusing it of turning into a "dictatorship".In a Facebook post on Wednesday, the 59-year-old Olympic gold medallist...

Rotorua's mayor says she is not surprised the Government will plough ahead with Three Waters reforms, but others in the district say the move is an "asset grab" and not democratic.On Wednesday morning Local Government Minister...

National leader Judith Collins has further clarified her party's position on vaccine mandates, saying she backs the Government's decision to mandate that employees of certain businesses be vaccinated. National has faced criticism...

Auckland Mayor Phil Goff says the Government's move to force councils to abide by the Three Waters Reforms will "provide little benefit to Aucklanders" and see the city lose control of more than a quarter of its assets.In a statement,...

There are 74 Covid cases in the community today, as the Government reveals a tentative plan for primary schoolchildren to return to classes on November 15. Today's cases include 68 in Auckland and six in Waikato, all in Hamilton...

The Government is set to force through its Three Waters reforms, u-turning on a previous position to make it voluntary for councils to join up to the amalgamation plan. Local Government Minister Nanaia Mahuta confirmed this morning...

OPINION: It's not the Prime Minister's fault that she hasn't visited her Mt Albert constituency, or indeed the wider locked up mega city of Auckland - nothing ever is.It's the fault of the Inspector General of Parliament Trevor...

As activists, we're used to a scrap. Like those who fought for civil rights, gay rights and the five-day work week before us, we're aware that power doesn't cede anything without a fight. You'll be told it's just the way the world...

Camp Taji defence personnel to reunite with their families

New Zealand Defence Force personnel who have been in isolation since returning to New Zealand from Iraq last month, will be reunited with their families starting from today, announced Defence Minister Ron Mark.

Officers from Police and the Aviation Security Service are teaming up to ensure compliance with the COVID-19 lockdown and provide community reassurance about safety and law enforcement.

Parents should have support in post-natal recovery - Upston

Mothers deserve support when they give birth and should be allowed to have a nominated partner present for post-natal recovery, National’s Social Development spokesperson Louise Upston says.

New Conservative Leader Leighton Baker has lived in and around the Waimakariri district since 1992 and is revelling in the opportunity to represent the electorate in Parliament after the 2020 general election.

Proposals to expand the role of local councils into climate change mitigation under the Resource Management Act would add confusion, complexity and duplication, according to the Petroleum Exploration and Production Association of New Zealand (PEPANZ) and Straterra.

The Council of Licenced Firearms Owners (COLFO) is calling for an equal extension to all licencing regimes, following the Government’s announcement today offering motorists a six-month licencing grace period. 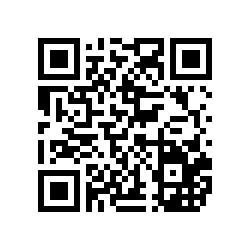