At least 22 people have died in connection widespread forest fires in south-central Chile, according to government officials.

Pope Francis called for peace on Saturday as he met a group of several hundred South Sudanese people internally displaced by war at an event in the country's capital Juba.

Think "international manhunt" and the image that likely springs to mind is that of a hardened criminal like a murderer, bank robber or billion-dollar fraudster -- not the middle-aged boss of a high school tuition center.

Nearly three years after the pandemic began, American offices are finally more than halfway filled again as workers have gradually returned to the office.

Analysis: There's a sense that another turning point is approaching in Russia's war in Ukraine

Russia's mass mobilization, looming offensive and missile-borne terror against civilians is triggering fresh calls for even greater Western lethal aid to Ukraine, days after leaders signed off on their latest package that included the first tanks.

One of Gautam Adani's biggest international partners, TotalEnergies, said Friday that his Indian conglomerate is preparing to appoint a global accounting firm to conduct a "general audit" of its business.

'It turned bad in an instant': CNN crew has close call in Ukraine as Russian missiles pummel their location

CNN correspondent Frederik Pleitgen and his team were traveling on Thursday to the Ukrainian city of Kramatorsk to report on the search and rescue efforts underway after a residential building was leveled overnight by a Russian missile. It was "supposed to be a fairly easy shoot," Pleitgen said, given that the crew was not heading to the frontlines of the war.

Asia's richest man is in the crosshairs of a research firm whose very name evokes panic.

A first generation iPhone going up for auction hopes to fetch $50,000

An unopened first-generation iPhone from 2007 is hitting the auction block Thursday -- with an estimated value of $50,000.

Blackouts and soaring prices: Pakistan's economy is on the brink

Muhammad Radaqat, a 27-year-old greengrocer, is worried. He doesn't know how much an onion will cost next week, let alone how he'll be able to afford the fuel he needs to heat his home and keep his family warm.

The people who live inside airplanes

After losing her house to a fire, Jo Ann Ussery had a peculiar idea: to live in an airplane.

A couple abandoned their baby at an airport check-in desk in Tel Aviv, Israel after arriving without a ticket for the child.

Eating out seems to have been as popular 5,000 years ago as it is today, with archaeologists in Iraq uncovering an ancient tavern dating back to 2,700 BCE.

Two and a half years after Lily Allen and David Harbour tied the knot in Las Vegas in 2020 — complete with an Elvis impersonator — the couple is opening the doors to their dream home in the tree-lined Brooklyn neighborhood of Carroll Gardens.

The campaign by American photographer Nan Goldin to shame galleries and museums into cutting ties with the Sackler families, the owners of OxyContin manufacturer Purdue Pharma, was always under a lens — that was part of its point. Beginning in 2018, a number of noisy protests at some of the art world's finest institutions, including the Met, the Guggenheim and the Louvre, were designed to attract as much publicity as possible as they highlighted the horrors of the United States' opioid epidemic and called out Purdue Pharma's role in it. They proved highly effective.

Coca-Cola in the Forbidden City: Why this 1981 photo symbolized a cultural shift in China

A young man stands grinning in Beijing's Forbidden City. It's the dead of winter, and one of his hands is buried deep into the pockets of his long overcoat to protect it from the chill. The other grasps the unmistakable contours of a glass Coca-Cola bottle.

These were the best and worst places for air quality in 2021, new report shows

Air pollution spiked to unhealthy levels around the world in 2021, according to a new report.

Not only is Lake Powell's water level plummeting because of drought, its total capacity is shrinking, too

Lake Powell, the second-largest human-made reservoir in the US, has lost nearly 7% of its potential storage capacity since 1963, when Glen Canyon Dam was built, a new report shows.

Big-box stores could help slash emissions and save millions by putting solar panels on roofs. Why aren't more of them doing it?

As the US attempts to wean itself off its heavy reliance on fossil fuels and shift to cleaner energy sources, many experts are eyeing a promising solution: your neighborhood big-box stores and shopping malls. 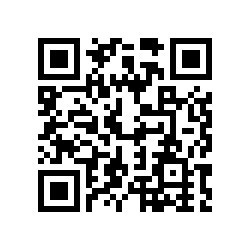